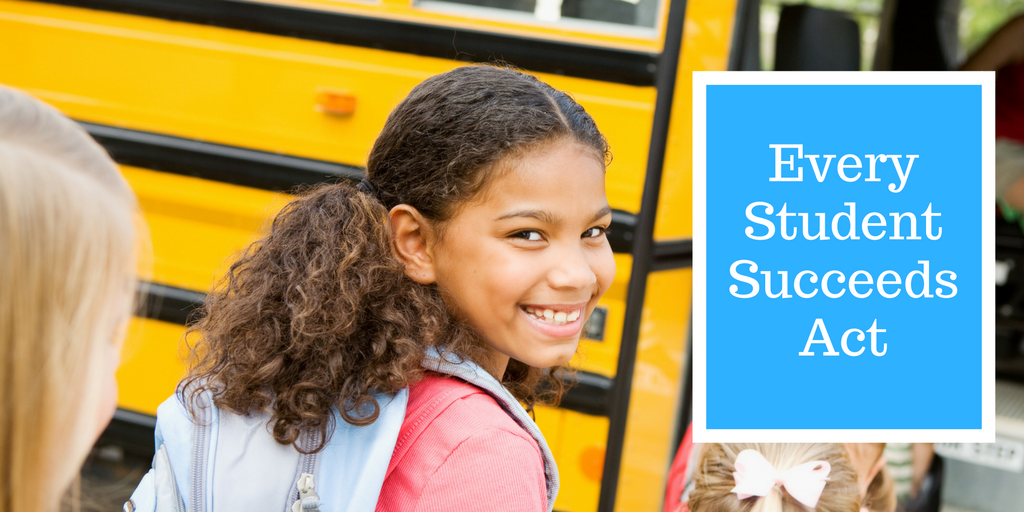 The Every Student Succeeds Act (ESSA)is the long awaited re-authorization of the No Child Left Behind Act (NCLB) of 2002. ESSA, signed by President Obama in December of 2015, returns a great measure of decision making along numerous measures of school success to state departments of education by updating and replacing President George W. Bush’s signature education legislation. The following is an overview of just some of the areas that states will need to make decisions in order to set policy for the eventual implementation of ESSA beginning with the 2017-18 school year.

Accountability: States will need to set both short term and long range goals that must address proficiency on state tests, English language acquisition and graduation rates. States must also select at least  four (4) indicators for their accountability systems. Three (3) of the indicators MUST be academic and at least one (1) must be non-academic. Examples of non-academic indicators include school safety, school climate, college and career readiness and school engagement to name a few. States will decide whether they use student growth in the accountability system or eliminate this measure.

School Performance: ESSA requires that each state identify and intervene in the bottom five percent of performing schools at least once every three years. The same goes for high schools with graduation rates below 67%. States may allow local districts to implement their own improvement plans but must develop a state plan for improvement if after four (4) years the school is still not performing.

Testing: Schools will still be required to test all students in math and reading in grades 3-8 and once in high school. In addition, the testing data will still need to be disaggregated by various sub-groups. It will be permissible to use state tests or nationally recognized examinations such as the SAT or ACT in high school.

Standards: “Challenging” academic standards must be adopted, but the U.S. Secretary of Education is specifically prohibited from so much as encouraging states to adopt a specific set of standards.

Teachers: HQT is no longer required and states will not need to tie teacher evaluations with student performance or student growth measures.

English Language Learners (ELLs): This sub-group is clearly prioritized under ESSA. ELLs will take assessment in their first year in the country and the results will not impact schools however the scores must be publicly reported. In year two ELLs scores in math and reading will count. In year three all assessments taken by ELLs will count like any other student.

ESSA clearly returns much of the decision making back to the states. In the next several months, departments of education will be wrestling with a number of important issues as they essentially re-design their accountability systems which will directly impact every student, educator and school district in the country. Will student growth measures be abandoned as part of the accountability system as well as teacher evaluations? What will the “non-academic” accountability measure look like and how will it be measured and reported? Will states adopt more than one non-academic measure? Although no longer a requirement, will states insist on HQT status for teachers or use a yet to be determined measure if any? Will states continue with the trend of eliminating “double testing” and use the SAT or ACT as the one high school test and do away with end of course exams?

We wil be watching closely the answers to these and other questions as states move toward the full implementation of ESSA.