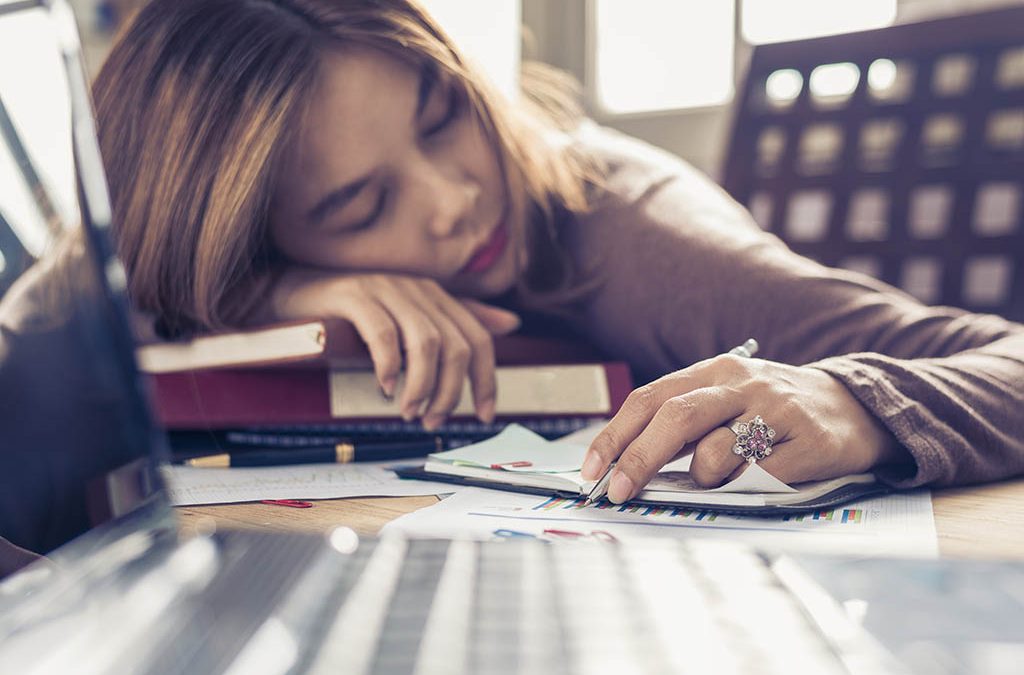 I began teaching in 2004. Before the start of the school year, the administration held a staff meeting. I remember sitting in awe as the principal recognized teachers beginning their 25th, 30th, and 35th years. That’s going to be me some day! I thought to myself, swelling with pride at the thought of standing up and receiving my round of applause after so many years of service. Twelve years later, I walked out of my classroom on the last teacher workday of the school year, a box nestled under my arm containing a few binders and tokens from students over the years. I set the box in my trunk, turned back to the building, and heaved a huge sigh of relief. I was done teaching—forever. No recognition. No applause. Just me standing alone in the June sunlight taking it all in one last time.

If you had told me at that first staff meeting back in 2004 that just over a decade later I would walk away from my teaching career feeling relieved, I would’ve laughed. For the first several years of my career, I was the teacher who jumped out of bed in the morning, eager to get to work. However, as the years rolled by, the jumps became sluggish shuffles. I came to dread my job, and on any given day, it could be for a multitude of reasons. I felt overwhelmed with grading. I felt tired of trying to figure out how to manage the disruptive kids while still getting through my lessons and helping the other students. I felt dejected when the administration only seemed to notice the trivial things I wasn’t doing—like taking attendance fast enough—instead of noticing the great things the students and I were achieving day to day. I felt pressured when trying to schedule my unit lessons around the time needed to prepare students for their state testing. I felt frustrated with the parent demanding I give her son full credit on an assignment he turned in a week late. I felt lonely since I rarely had time to talk to and collaborate with other teachers. I felt sad for the kids who ate lunch in my room every day because they were bullied if they went to the cafeteria. The list goes on and on.

What was never on the list, however, was actually teaching my kids. That is what got me out of bed, even on the worst days. I truly loved instructing and interacting with my students, discussing American literature and showing them how to become better writers. Nevertheless, it was no longer enough. The other stuff piled up, and I felt exhausted­. By my 11th year, I began to ask myself “How can I possibly be effective if, more often than not, I feel hurried, worried, frustrated, and—worst of all—apathetic?” I was burned out.

Though I was the only teacher walking out that June day never to return, I was by no means the only teacher who felt burned out. After telling my fellow staff members that I quit, very few questioned why. Most nodded their heads in acceptance while others congratulated me on being “brave enough to get out,” or “smart to leave before it’s too late.” Some were jealous and wished they could quit too. They all reacted this way for the same reason: they, too, were feeling the pangs of teacher burnout.

In 2014, The Alliance for Excellent Education conducted a study. They found that 40-50 percent of new teachers quit after just five years. “Teachers leave their profession for a variety of reasons, including inadequate administrative support, isolated working conditions, poor student discipline, low salaries, and a lack of collective teacher influence over schoolwide decisions,” the study cites. This number has been contested over the years, with a U.S. Department of Education survey released in April of 2015 putting it closer to 17%. Despite the difference in numbers, however, one thing is abundantly clear in both studies: teachers left for the same reasons—low pay, lack of support, and lack of control in their own careers.

The effect of this phenomenon can be far-reaching. If we cannot attract, train, and retain good teachers, the results could be devastating. Students will not perform as well, district reports cards will suffer, and the community will stop supporting their schools. Every three years, the Programme for International Student Assessment (PISA) releases its data comparing the reading, math, and science scores for schools around the world, the most recent data released in 2015. Out of 71 countries included in the rankings, the United States landed 38th in math, 24th in science, and 24th in reading ability (Pew Research Center, OECD). For a point of comparison, the U.S. ranked 28th in math in 2012, and although that study only included 64 countries, the significance of the drop cannot be ignored (OECD).

Though there is no specific data correlating the drop in PISA scores to teacher burnout, when you compare teacher longevity and student performance in the United States to that of the consistently top-ranked schools of the world (Shanghai, Singapore, and Finland), several startling conclusions can be drawn, the most noteworthy relating to teacher-student contact time.

In 2016, The Atlantic published a piece about teacher burnout citing the Teaching and Learning International Survey (TALIS) released in 2013. The survey shows that the average American teacher spends 26.8 contact hours with their students (out of an average 44.8 work hours a week). Conversely, teachers in Singapore—one of the aforementioned top-ranked countries in the world for math, science, and reading ability scores—averages 17.1 hours of instructional time with their students (out of an average 47.6 work hours a week). What this information is really telling us is probably obvious to most teachers, and though there is little that can be done at the teacher level to change educational policy, there is plenty teachers can do to help themselves and each other. Teachers must learn to closely monitor and manage how they feel, as well as fight for what they can change. Teachers need to lean on each other. Being out of the classroom for a couple of years has given me a clearer picture of all of the actions I could have and should have taken to be an advocate for myself as well as my peers.

In the next installment of this piece, I will cover all of the ins and outs of burnout prevention and teacher action. I will list the common causes of burnout as well as ways to avoid and defeat them. Stay tuned for “Teacher Burnout: Rekindling the Fire.”