The Moving Target May Be Moving Again 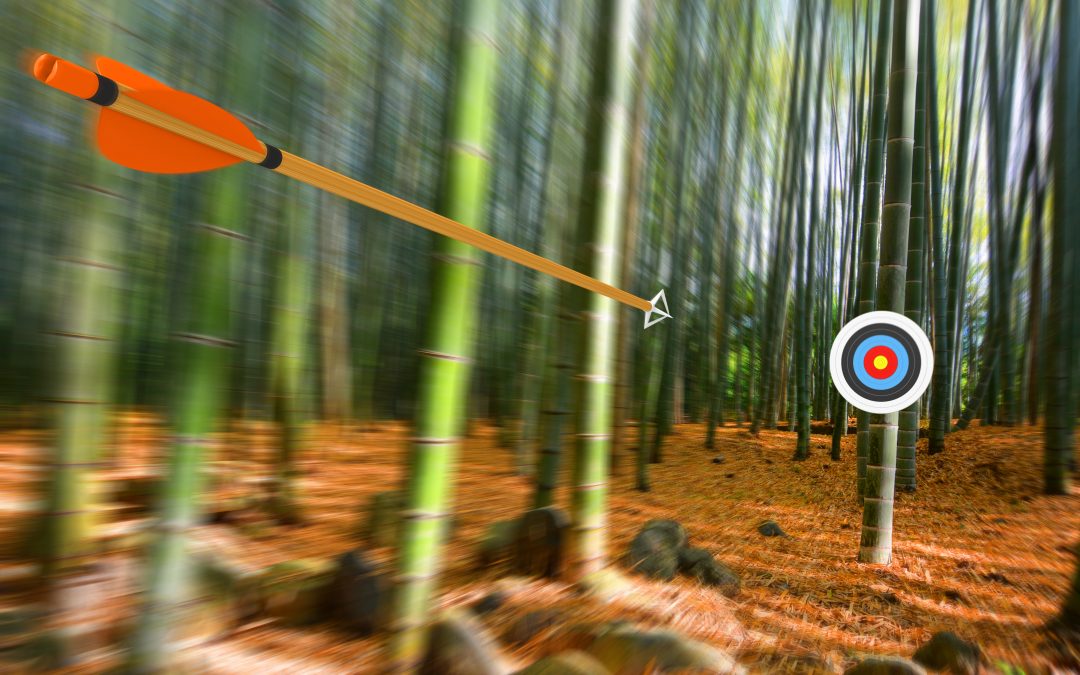 The Ohio State Board of Education has been discussing changing new state graduation requirements…that have not gone into effect yet! After a 30 plus year career in education as a teacher, principal and superintendent it seems the educational targets from the Ohio Department of Education (ODE) are constantly moving. While it must be said that I respect policy makers for potentially correcting a wrong rather than stubbornly sticking to a mistake, it is not a good look. Protests from superintendents and local school boards from around the state signal a potential “dropout crisis” for the Class of 2018 unless the issue is addressed. Ohio as a state has a graduation rate that has been steadily rising the past several years and is in lock step with the national average at about 82%. Many educators fear that number could drop significantly unless adjustments are made. Moreover, some suburban districts who typically enjoy graduation rates between 96-98% are predicting a drop to 70-75% of their current juniors in some cases.

At issue are the “18 points” required for graduation on “End of Course Exams” (EOC) for the Class of 2018. These tests have proven to be difficult and require not only the 18 total points on seven exams but also a “minimum score of three” in every subject.  Math could be a stumbling block for many kids on the minimum score requirement. For more details on the new graduation requirements click here:

The Ohio Local Report Card (LRC) data from the 2015-16 school year provides another perspective of the issue. Here is the LRC grading scale and breakdown of letter grade by district:

2015-16 LRC Grading Scale for Graduation Rate
A= 93-100%
B= 89-92.9%
C= 84-88.9%
D = 78-83.9%
F = 0-78.9%
2015-16 LRC Letter Grade by District
330 A’s 54%
167 B’s 27%
67 C’s 11%
26 D’s 4%
19 F’s 3%
The prediction of districts failing 20-25% of their Class of 2018 due to the EOC requirement would put most if not all schools in Ohio in the F range on this component of the LRC. Consequently, the State Legislature, State Board of Education and Ohio Department of Education are going to need to “put on their thinking caps” and quickly determine if the perceived problem is real, and if it is, what to do about it.
The dilemma is while everyone, policy makers, community members, parents and educators alike, all embrace accountability and high expectations, did we try to do too much too soon in this situation? Could the new requirements have been phased in over time? In addition, the use of EOC exams in Ohio is new. There is not a lot of experience with this from the state, district, teacher or student level. As a result of theses issues, the State Board of Education has established a “Task Force” to further study the issue and make a recommendation to the Board by April.
State Board of Education Task Force

Other Implications
Potentially changing graduation requirements 12 months before a class is supposed to graduate not only reflects a tenuous initial design, it causes reverberations for a lot of people. The Class of 2018 is at the forefront and is discussed in more detail below. Let’s just say that these kids are not being treated as we would want our own children treated. Educators in general are put in a maddening holding pattern. They can only ask themselves are the requirements actually going to change or should we proceed with what we have now? Will the test itself change and if it does will we have time to get the students prepared for yet another different standardized test? What do superintendents say to their parents and communities? “If the graduation requirements stay as they are 20-25% of our kids will not graduate even though 97% of our kids have graduated since you went to school here. If they do make a change, I don’t know what it is”. Hardly re-assuring when graduation is a year and one-half away. What do principals tell their faculties? “You must be prepared but I don’t know what for”. How do counselors communicate with parents and kids who say, “I’m not in danger of not graduating because the State is going to change it”? What guidance does the Ohio Department of Education provide for 609 school districts and over 1100 high schools? There are also agencies like software companies and Information Technology Centers that need to work in conjunction with school EMIS personnel to ensure that official state reporting is timely and accurate. It looks like the target is moving again but this time we don’t even know the direction.
The Poor Class of 2018

When it comes to dictates from the ODE, the Class of 2018 has been burdened more than any other. The current juniors in our high schools have had three DIFFERENT standardized state assessments in the last several years. They have experienced the Oho Achievement Assessments, PARCC and now AIR. All of these testing formats were produced by different testing companies. Some used computer based assessments, some did not. This class is the first to be told you no longer need to pass the Ohio Graduation Test, but, to graduate, you need 18 points on seven end of course exams…so be ready. No, wait a minute, that number may change. No, maybe the minimum number of points in each test may change. No, maybe we will throw it out altogether. No, maybe we won’t do anything. Well, let’s figure it out soon because we have about 130,000 plus juniors across the state in limbo. Like my son, who happens to be a member of the Class of 2018 said, “Are they ever gonna settle on set requirements? Seems like they are always changing”. One thing that never changes, the target is always moving.